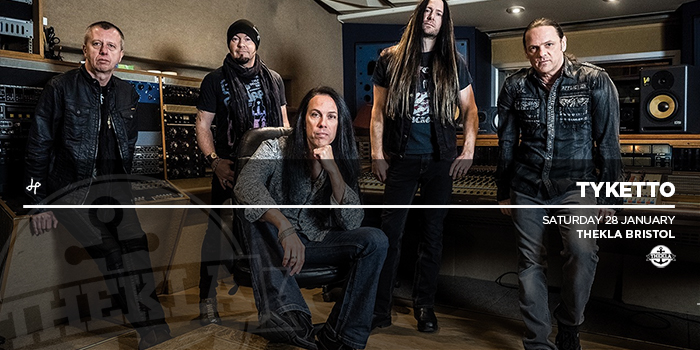 Hard rock outfit Tyketto was formed by former D.O.A. frontman Danny Vaughn in 1989 following the dissolution of his previous band, Waysted. Guitarist Brooke St. James, bassist Jimi Kennedy, and drummer Michael Clayton rounded out the original lineup, which took its name from a graffiti tag scrawled across a Brooklyn wall. Tyketto’s Richie Zito-produced debut, Don’t Come Easy, appeared on Geffen in 1991, promoted with a U.K. tour in support of White Lion — in mid-tour Kennedy left the lineup, however, with White Lion bassist James LoMenzo completing the dates. Bassist Jaimie Scott was named Kennedy’s full-time replacement in time to record Strength in Numbers — advance copies of the alb…um were already in the mail when Geffen unexpectedly dropped the group in 1992, and the finished product did not appear stateside until two years later, when it was released by CMC. Vaughn then left Tyketto to care for his sick wife, and former Tall Stories vocalist Steve Augeri stepped in for the group’s third LP, 1995’s Shine. Tyketto disbanded soon after, although in 2000 Vaughn, Scott, and Clayton reunited in a new group, named simply Vaughn, that also featured guitarist P.J. Zitarosa and keyboardist Kyle Cummings. The classic Tyketto lineup of Vaughn, St. James, Kennedy, and Clayton also mounted a European tour in late 2003.