The Regrettes are Lydia Night’s latest project with friends Genessa Gariano (guitar), Brooke Dickson (bass) and drummer Drew Thomsen. The Regrettes have been tearing up the LA club scene playing with Kate Nash, Peaches, Bleached, Deap Vally, PINS, La Luz and Summer Twins leaving L.A.’s jaded rock critics to write such things as “Everybody was floored by The Regrettes—the new poster children for local teen garage rock.” and “The Regrettes rocked with a ferocity and penchant for hooks that schools most indie rockers twice their age. They will surely run an empire in ten years tops.” 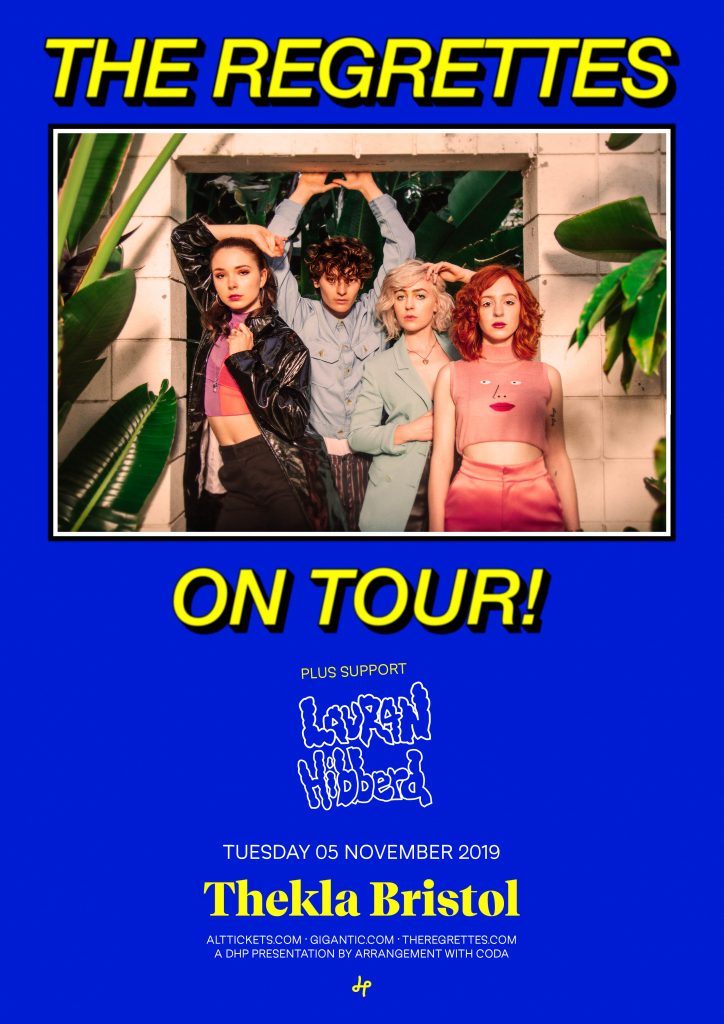 The Regrettes ON SPOTIFY