THE HARA channel high-gain rock influences & performance from classic bands like Queen, AC/DC & Guns N Roses yet amped up their sound is a modern rock/pop alternative twist influenced by dirty riffs, pounding drums & soaring vocals of bands such as Panic! At The Disco, Arctic Monkeys and Royal Blood.

THE HARA are Josh Taylor (lead vocal), Zack Breen (lead guitar) and Jack Kennedy (drums). Taylor found Breen and Kennedy online after advertising for “band members looking to join a band”. Although comprising only three members THE HARA have crafted their sound to emulate thirty instruments on stage with a live performance to match.   Their first EP ‘No Regrets’ gained #2 in the Alternative iTunes Charts on release, this was shortly followed with Unconscious Minds Innocently Blind, their second EP which stormed the UK#1 spot in the iTunes ‘Bestsellers Chart’ for three days running prior to release on 22nd March 2019. It reached #5 in the ‘All Genre Album Charts’.

Recently completing ‘UMIB’ tour selling out 5 of their biggest shows they are now embarking on their #TrampBrainTour promoting their last EP “Tramp Brain”.   THE HARA are starting 2020 with the release of their new singles “FYI” and “Blue Tick Souvenir” – with a brand new EP coming very soon. 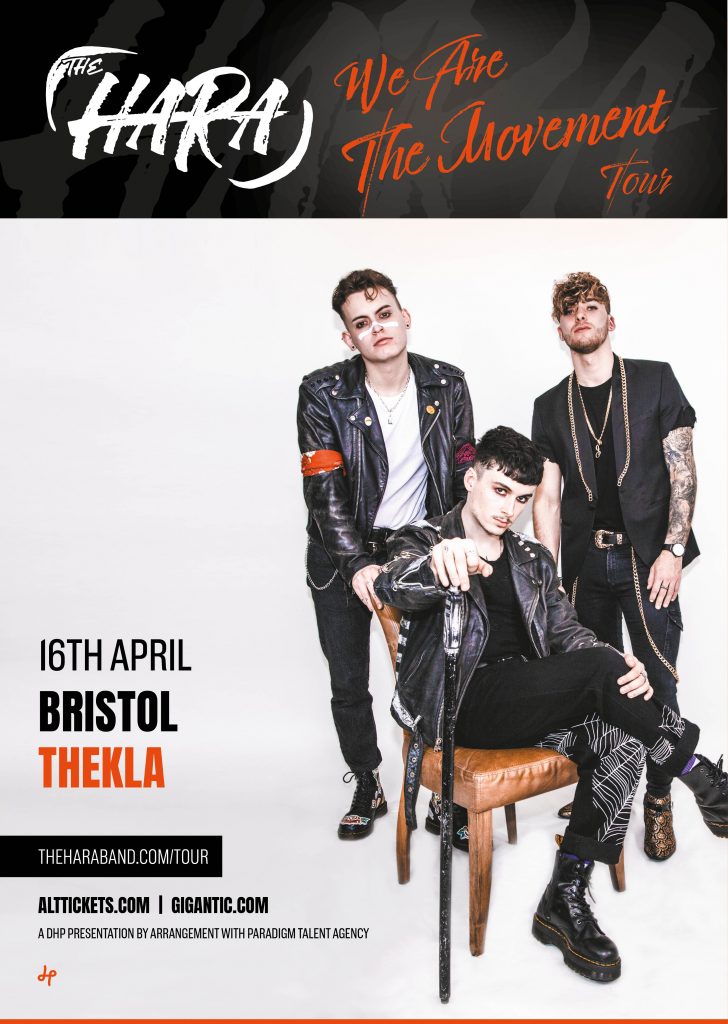 The Hara ON SPOTIFY