Heroes sees Sunset Sons double-down on the electricity; two chiming guitars crash in from the get-go, jump-starting the single with a new-found gusto and revamped creative approach. Talking about making the song, drummer Jed Laidlaw says: “When we were recording Heroes with Catherine, we knew we were making something special with this album. We knew it was going to be good, because the songs were there, but once we explored new sounds, particularly with two guitars on the record, everything just had more depth. We started to experiment with string arrangements and synths on Heroes and Catherine had an idea for an early counter-melody before the chorus and the whole song took off. I get goosebumps every time I hear the intro.”

Recorded between London and the band’s adopted hometown of Hossegor on France’s Atlantic coast, the assured, mature feel of Blood Rush Déjà Vu belies Sunset Sons origins as a group of Brit-Aussie surfers who shared a love of music on the side. Swapping waves for stages and beaches for festival fields, the fast-growing successes of the past few years have flipped the dynamic, with surfing squeezed in during the occasional break from touring. 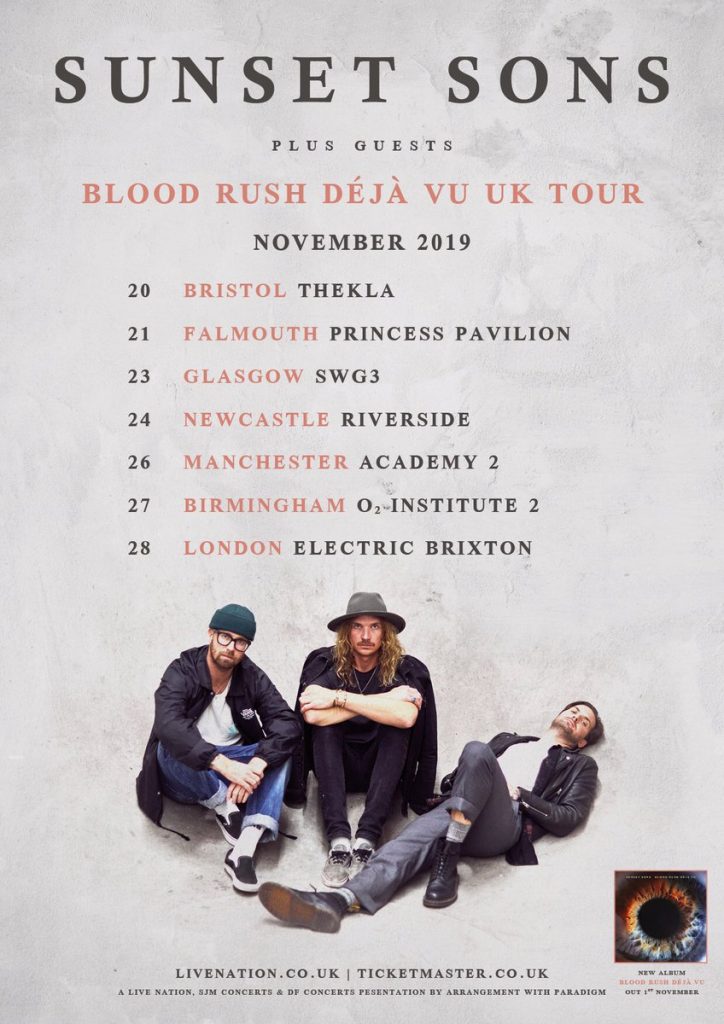