“We met in guitar class” is not a thing many people can say…but Sarah Zimmermann and Justin Davis performed together for the first time on the very same day they met…in guitar class.

Fast forward, following the international success of Striking Matches’ album “Nothing But The Silence”, produced by T-Bone Burnett, and 9 songs on TV’s “Nashville”, Davis and Zimmermann continualy prove to be the band that cannot be defined by old school music row boundaries.

For their upcoming 2019 release, they have settled in a style all their own that they’ve coined as “blues-pop” – an amalgamation of their blues and roots based guitar riffs, combined with pop melodies.

Striking Matches are gearing up for an international tour with dates in the US and UK and are releasing new music this Spring. 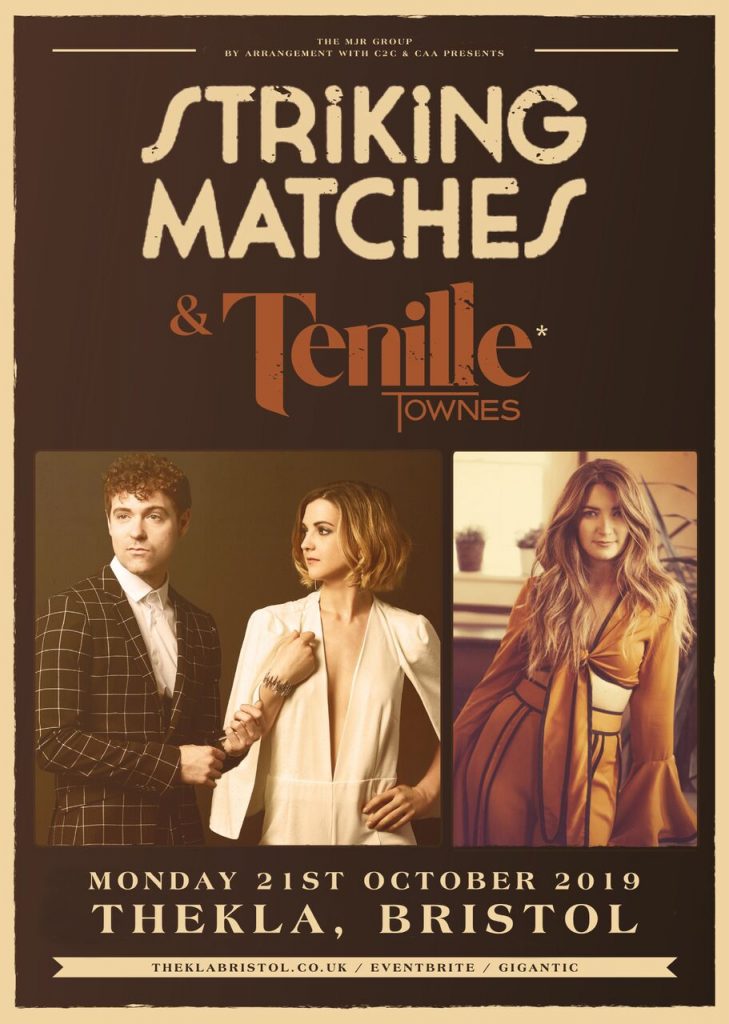