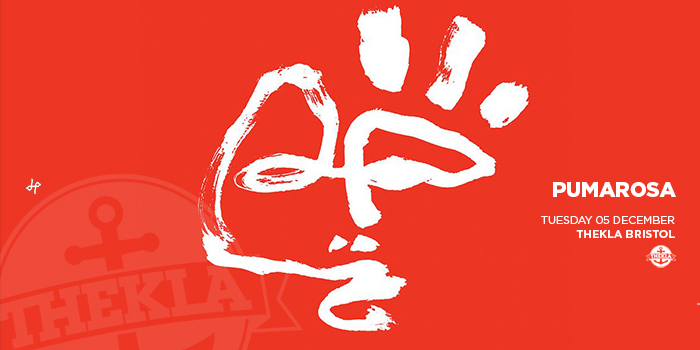 Pumarosa are a five-piece band from London, who assembled from unexpected and varied quarters. Isabel met drummer Nick at a rehearsal for a new band in a rundown Homerton pub where Nick then lived. No one else showed up, so the pair formed a guitar-and-drums Punk duo and began writing and rehearsing in the basement. After moving to a warehouse in Manor House, they met Henry, Tomoya and Neville and began a period of intensely hot rehearsal in a 10′ x 10′ chipboard room.

In the summer of 2015, the band was offered a residency in the cavernous disused cinema of an Italian surrealist, situated within the cliffs of Calabria. Scraping together a van and driving non-stop to Italy, the band worked on new material in beguiling forty degree heat, developing further their expansive sound. It was also in Italy that they settled on the name Pumarosa: in part reflecting Isabel’s Chilean roots, but also the lurid-looking jungle fruit of the same name. Pumarosa are Isabel Munoz-Newsome (vocals/guitar), Tomoya Suzuki (electronics / saxophone), Nicholas Owen (drums), Neville James (guitar) and Henry Brown (bass).