Phil Campbell and the Bastard Sons

A hard-htting, old-school rock outfit led by Motörhead guitarist Phil Campbell, Phil Campbell & the Bastard Sons were formed after the death of Motörhead frontman Lemmy in 2015. After the inevitable disbandment of Motörhead, Campbell announced he was working on a solo album, recording with a plethora of guest artists including Rob Halford, Joe Satriani, and Slipknot percussionist Chris Fehn. Around the same time, he formed a new band, Phil Campbell & the Bastard Sons. Alongside former Attack! Attack! vocalist Neil Starr, the band featured Campbell’s three actual sons (none of whom was, in reality, a bastard): guitarist Todd, bassist Tyla, and drummer Dane. While still very much in an old-school rock vein, the new band’s material was more stylistically varied than Motörhead’s. Their eponymous debut EP appeared in 2016, and their debut full-length, The Age of Absurdity, in 2018 through Nuclear Blast. Campbell’s debut solo album was tentatively scheduled for release later that year. 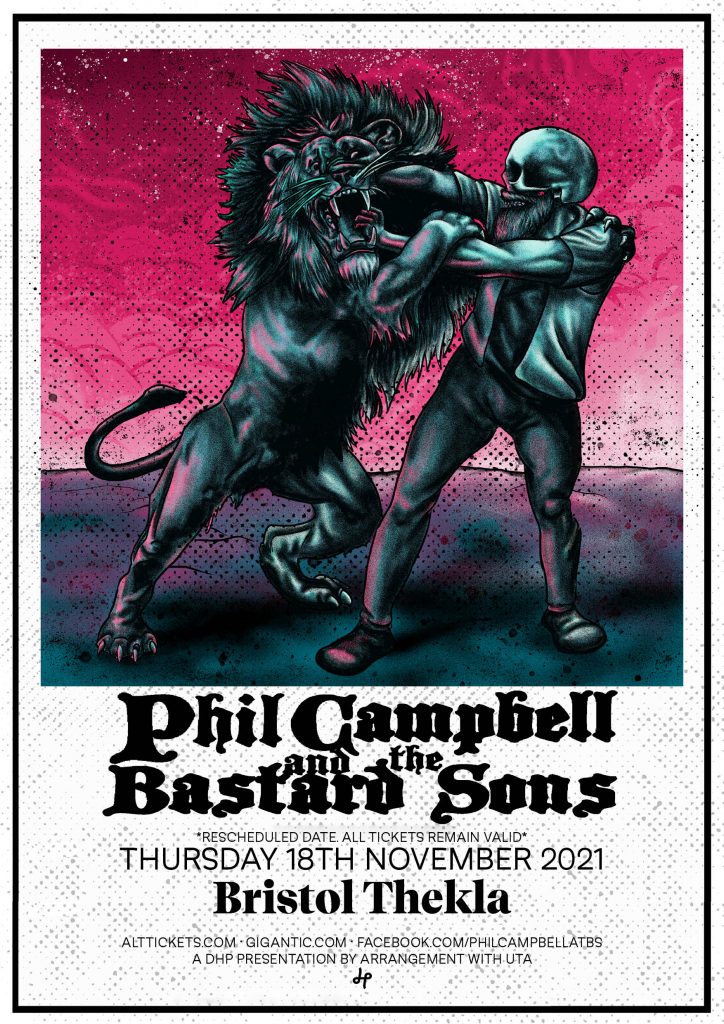 Phil Campbell and the Bastard Sons ON SPOTIFY