Off the back of his latest single ‘Gravitate’ (B-listed by 6 Music with additional support from Radio 1, 1Xtra and Beats 1) plus a UK tour with jazz polymath Kamasi Washington and a starring role in the campaign for Stella McCartney’s ‘All Together Now’ collection with Joy Crookes, Ezra Collective’s Femi Koleoso and others, South London artist Oscar Jerome is now gearing up to release a live album. Recorded straight from the desk at a sold-out show at Amsterdam’s Bitterzoet in February this year, the ‘Live In Amsterdam’ LP is due for release October 4th 2019 via Caroline International. In support of the record, Oscar will head out on a lengthy EU tour in October and November, culminating in his biggest headliner to date at London’s Heaven on November 19th.

A restless creative mind, Oscar has served up a consistent stream of singles, each seeing him reach new heights and levels of acclaim. Renowned for his exuberant live show, when taking to the stage Oscar’s lysergic jazzy soul takes on a whole new life; his Trinity Laban conservatoire training coming to the fore via a flurry of virtuosic guitar freak-outs, aided and abetted by lyrical saxophone blasts, warped funky basslines, meticulous jazz percussion and glistening keys. As well as latest single ‘Gravitate’ and the preceding ‘Misty Head/Sunny Street’, ‘Live In Amsterdam’ sees Oscar storm through earlier singles such as ‘2 Sides,’ ‘Do You Really’ and ‘Give Back What You Stole From Me’, as well as a stripped-back cover of ‘Pour It All Out’ by reggae legend Bankie Banx.

It’s been quite the couple of years for Oscar Jerome; through a steady release of singles and EPs he’s gone on to clock up considerable airtime and playlisting from the likes of 6 Music, Radio 1 and 1Xtra and become something of a mainstay on the London jazz circuit, collaborating with peers including Ezra Collective, Sons of Kemet and Binker & Moses and consistently playing to sold-out crowds across the capital, including at such venues as Corsica Studios, Ghost Notes, Village Underground and most-recently EartH. Though London clearly courses through his creative DNA, he’s also picked up a devoted international fanbase too – thanks to a number of tours across mainland Europe and the US. The forthcoming ‘Live In Amsterdam’ album sees him commit that inimitable live show to wax for all to enjoy. 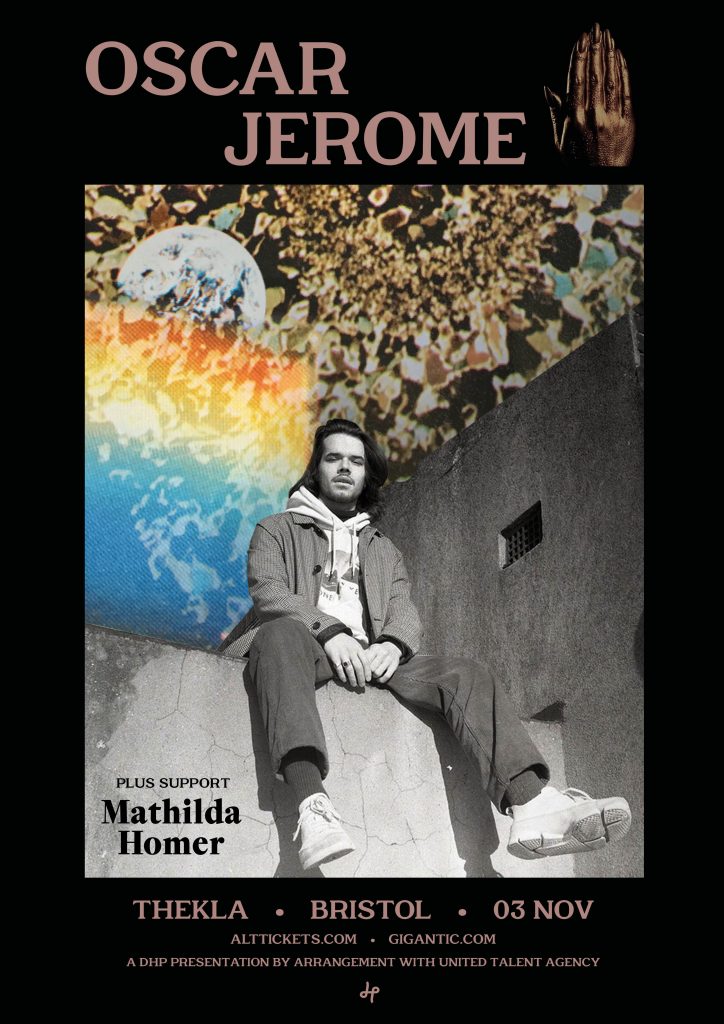