With a name that means “new wave” in English and “bossa nova” in Portuguese, Nouvelle Vague’s moniker neatly sums up the group’s concept: remaking classic new wave singles with a Brazilian pop twist. Nouvelle Vague are the brainchild of French producers Marc Collin and Olivier Libaux. Prior to this collaboration, Collin played with the trip-hop outfit Ollano; composed film soundtracks such as The Kidnapper’s Theme, and released electronic music ranging from club-oriented material for Paper Recordings to more eclectic fare for Fcom and Output Records (under the aliases Avril and Volga Select, respectively). Libaux played with various French pop bands during the ’90s and began working with Collin in 1998. For Nouvelle Vague, Collin and Libaux recruited half-a-dozen French and Brazilian vocalists who were unfamiliar with the original versions of songs like Joy Division’s “Love Will Tear Us Apart” and XTC’s “Making Plans for Nigel” to ensure that their renditions had their own identity.

Nouvelle Vague was released in Europe in 2004 and received U.S. distribution in spring 2005, which coincided with tour dates in locales as far-flung as Shanghai, New York, Los Angeles, and Rio de Janeiro. Nouvelle Vague’s second album, A Bande a Part, arrived in summer 2006. The following year, the team returned with Coming Home, a collection of songs from films given the Nouvelle Vague treatment. New Wave, a collection of covers by new wave artists, also arrived in 2007. Post-punk and new wave luminaries such as Ian McCulloch, Terry Hall, Barry Adamson, and Martin Gore contributed vocals to NV3, which was initially released in 2008 and reissued in the U.S. the following year. For 2010’s Couleurs sur Paris, the group reimagined French punk and post-punk of the ’70s and ’80s with the help of chanteuses including Camille and Vanessa Paradis. The 2011 compilation The Singers collected non-Nouvelle Vague tracks by the project’s vocal collaborators. Acoustic, released the following year, gathered the highlights from the group’s unplugged concerts. After taking a break for a few years — during which Collin co-wrote and produced Ya Nass, the official debut album from Lebanese artist Yasmine Hamdan — Nouvelle Vague returned in 2016 with I Could Be Happy, which featured original songs written by Libaux and Collin alongside the expected new wave covers. 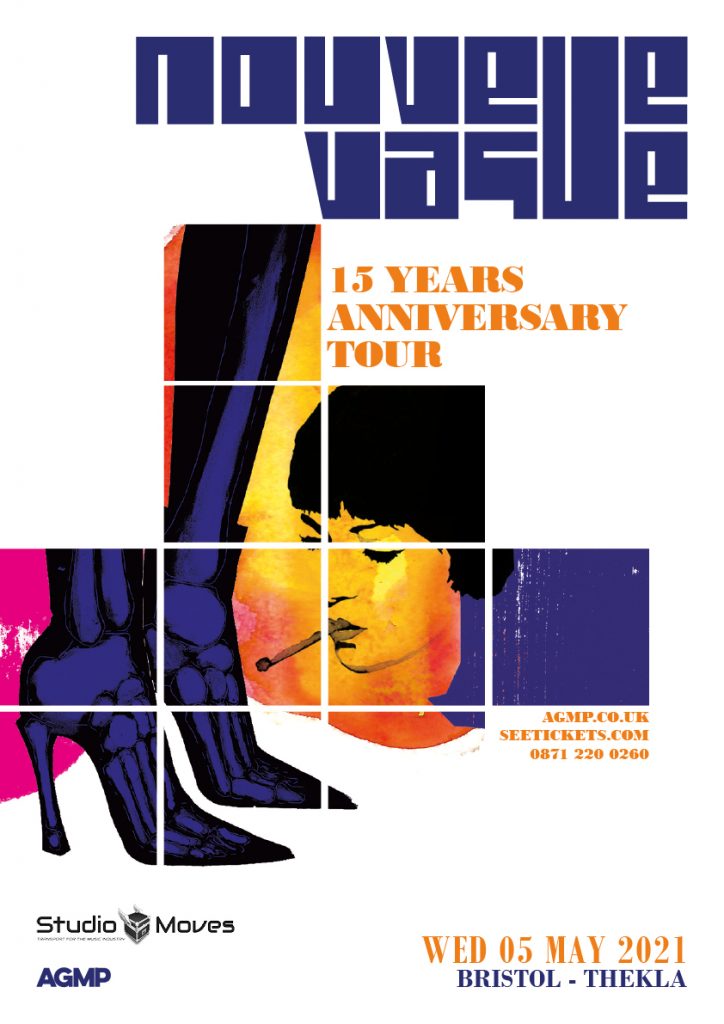