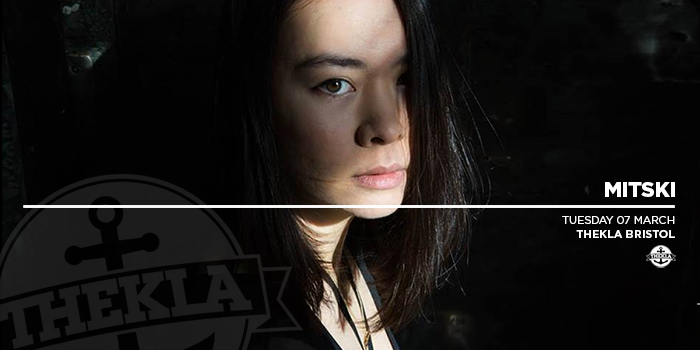 In 1990 the Miyawaki family was living in the Democratic Republic of the Congo, but her pregnant mother wanted the unborn Mitski to have a Japanese passport, so she flew back to Japan to give birth, and then promptly returned to central Africa. Traveling would become something of a theme for the young Mitski — her family moved from one Army base to the next before finally settling in Turkey around the time she was 18. Having accrued all the credits she needed to complete school, Mitski graduated early and suddenly found herself in the position of being an 18-year-old with no idea what to do. A period of aimless mischief led to her developing a burgeoning interest in writing songs; her ea…rliest completed song, “Bag of Bones,” would form part of her first album. After starting a film course at New York’s Hunter College, she transferred to SUNY Purchase to study music instead. It was there that Mitski made her first two records, Lush and Retired from Sad, New Career in Business, her junior and senior school projects, respectively. The second album was an ambitious project that utilized a full 60-piece orchestra and garnered a fair degree of interest but left Mitski emotionally and physically drained. This exhaustion heavily influenced her third record, 2014’s Bury Me at Makeout Creek — a title sure to please the most committed fans of The Simpsons — on the Double Double Whammy imprint. In stark contrast to the relentless professionalism of the previous work, Bury Me was mostly recorded in makeshift home studios with a close group of musician friends. The album was very successful and drew critical praise. In late 2015, Mitski signed to the independent label Dead Oceans, with whom she released the hotly anticipated Puberty 2 in June 2016. The album’s release was supported by a North American and European tour, which kicked off at the SXSW festival in Austin, Texas.