There is little doubt that 2019 will be Little Simz’ year. Following on from two critically acclaimed albums and collaborations with the likes of Gorillaz and Kehlani, the prolific young voice released her highly-praised third album GREY Area in March 2019.

Coming across as experienced, free and at times ferocious – Little Simz navigates through this world with political awareness, intelligence and integrity. The record includes features from Cleo Sol, Chronixx, Little Dragon and Michael Kiwanuka, who help illustrate Simz’s fully realized artistic vision on the project.

To celebrate, Simz took fans on her very own GREY Area double decker bus around London with its last stop being at the iconic Somerset House for a memorable launch party with friends, family and fans. Now she announces a run of US dates in June and UK dates in October with shows in Manchester, Birmingham and London plus more. A natural born performer, Simz is known for her indisputable energy on the stage. This show of neo-soul, deep funk, experimental hip hop and grime is one not to be missed.

Little Simz also returns to the COLORS stage with a blistering performance of ‘Venom’, harnessing an unforgiving energy from start to finish. The track opens with an unsettling and eerie string section for Simz to lay down her truth before chilling drums wash over the soundscape. As far as beat drops go, there hasn’t been one quite as refreshing and satisfying as this. 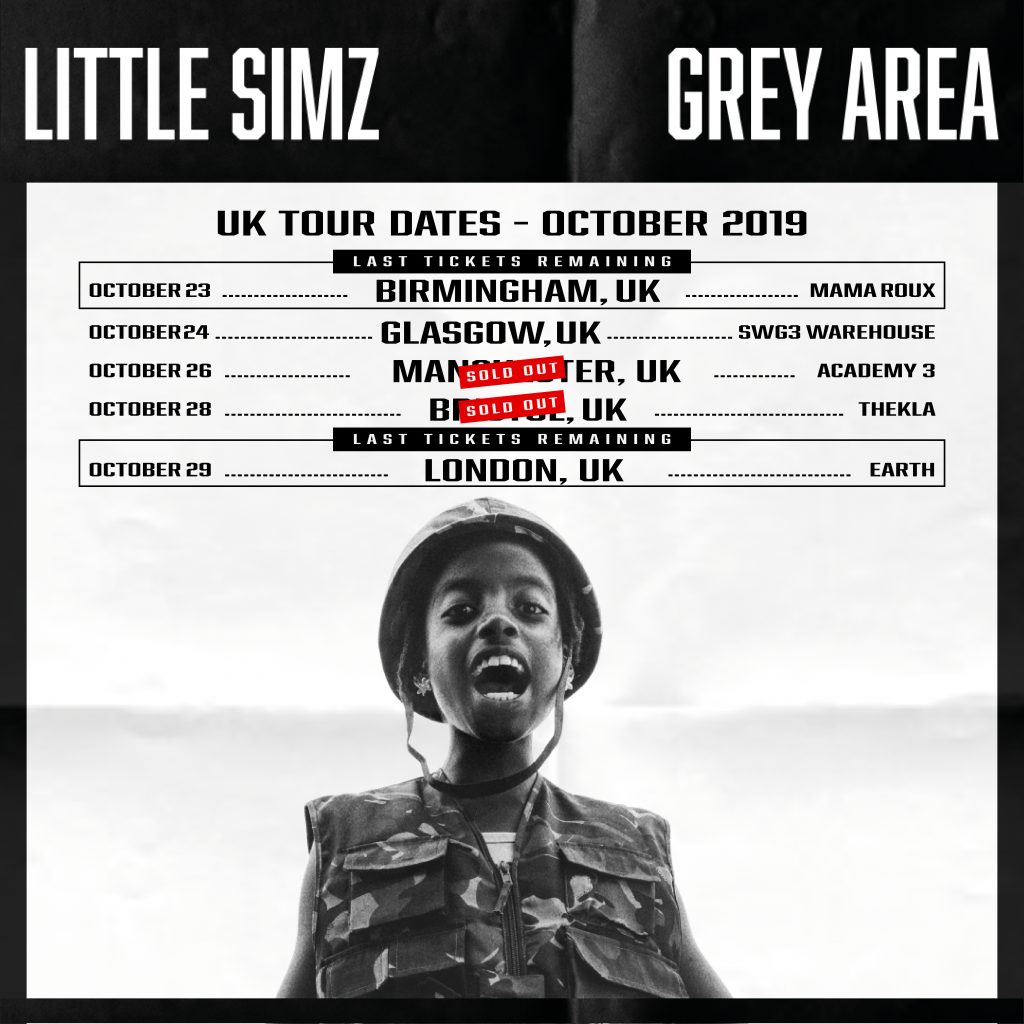