DHP Presents: Lanterns on the Lake

Originally formed in Newcastle in 2007, Lanterns On The Lake combine dreamy, melancholic Indie rock with beautiful layers of texture and celestial melodies that thread around intricate instrumentation.

Their fourth studio album follows the critically acclaimed Beings (2015) and a live album with the Royal Northern Sinfonia (2017). Recorded as live where possible, the band’s natural touchstones of gauzy dream-pop and monumental post rock still float in the air on this new record that is due for release in early 2020.

On Spook the Herd, singer Hazel Wilde’s voice and preoccupations rise to the fore like never before. In tandem, the band break new ground on a set of songs that are unavoidably direct – and crucial. Wilde does nothing less than dive headlong into the existential crises of our times, and proves herself a songwriter possessed of a rare talent for finding the personal contours to contemporary issues, fully inhabiting them to make them real.

The nine songs turn the microscope to issues including our hopelessly polarized politics, social media, addiction, grief and the climate crisis. Yet Wilde’s romantic streak is still the record’s beating heart and shines a hopeful beam of light into the darkness. 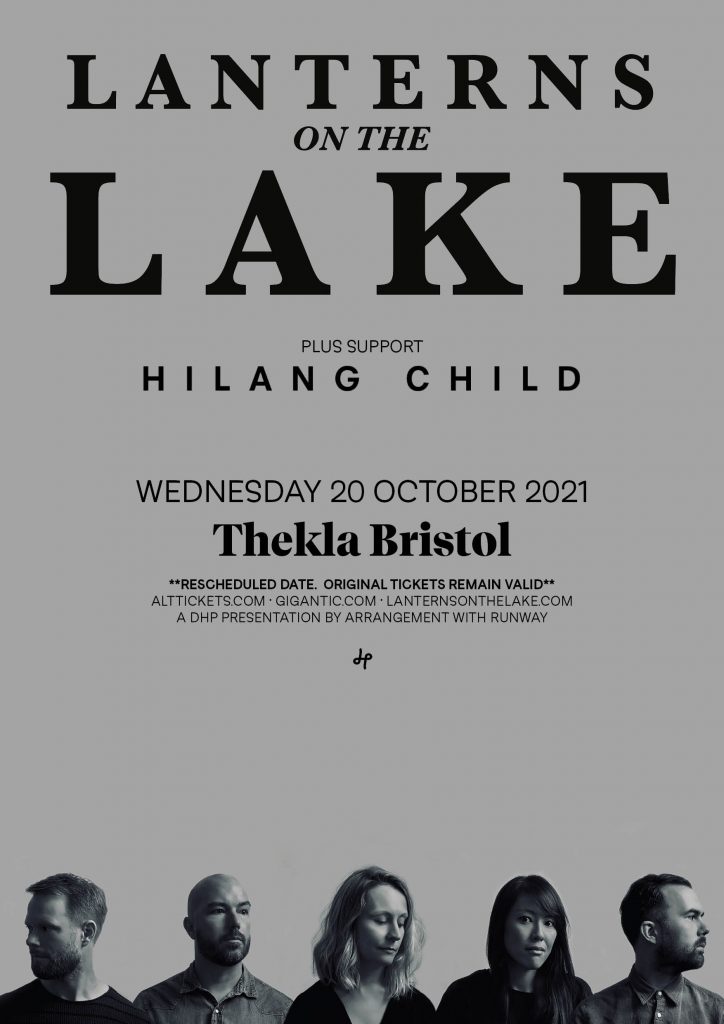 Lanterns On The Lake ON SPOTIFY