At this point, IN FLAMES are less of a band than they are a musical institution in the heavy music world. Since helping create Sweden’s legendary “Gothenburg Sound” three decades ago to their current status as melodic metal monoliths, the act have constantly eschewed trends in order to forge their own musical path. This is evident on their 13th full-length »I, The Mask«, which sees them reuniting with multi Grammy-nominated producer Howard Benson (MY CHEMICAL ROMANCE, MOTÖRHEAD), who also produced 2016’s »Battles«, in order to further redefine their sound. “I think it’s very difficult for IN FLAMES to be something we’re not and that dichotomy of melody and aggression will always be at the core of our identity,” vocalist Anders Fridén explains from a tour stop opening for DEEP PURPLE in Mexico. “We are always open to new ideas and don’t let anything limit us,” guitarist Björn Gelotte adds. “We just ask ourselves if we will love playing this stuff live… and as long as we feel that, nothing can really touch us.”

An influential and prolific Swedish heavy metal group, In Flames helped to establish the modern melodic death metal scene and ensuing metalcore scenes of the early aughts. With neo-classical guitar solos and innovative song arrangements, the group progressed from underground death metal to metal music innovator alongside contemporaries like Dark Tranquillity and At the Gates. Emerging in the mid-’90s, the band hit their stride in 2002 with the release of their more alternative metal-leaning sixth studio effort, Reroute to Remain. Subsequent offerings such as A Sense of Purpose (2008), Siren Charms (2014), and I, The Mask (2019) continued to finetune the formula, drawing both commercial and critical acclaim, and earning the band multiple Swedish Grammy Awards.

After leaving Ceremonial Oath to form In Flames, founding member and guitarist Jesper Strömblad saw this project as a way of expressing his songwriting creativity rather than being stuck in the background. With the added influences of Iron Maiden and Black Sabbath, along with his own touch of aggressive metal that overwhelmed his home country of Sweden, Wrong Again Records took notice and released In Flames’ 1993 debut, Lunar Strain. In the tradition of many other Swedish metal acts, In Flames also had a revolving lineup that changed year after year — not that this was going to stop them from releasing their next album, Subterranean (1994), before signing to Nuclear Blast Records in 1996.

After putting out The Jester Race album later that year, followed by 1997’s Whoracle, In Flames’ lineup was finally settled with Björn Gelotte (drums), Anders Fridén (vocals), Peter Iwers (bass), and Daniel Svensson (drums) in addition to Strömblad. To celebrate, the band released its sixth album, Colony, in 1999. Clayman followed in the same vein the next year, and the band even managed to keep the same lineup for the release. The live Tokyo Showdown was released to promote their tour in 2001. The punishing but decidedly more streamlined Reroute to Remain arrived in 2002, and helped to popularize the group in the United States. 2004’s Soundtrack to Your Escape and 2006’s Come Clarity topped the charts both at home and abroad, with the latter LP taking home a Swedish Grammy Award. In 2008, the band released its ninth studio album, A Sense of Purpose, which featured the single “Mirror’s Truth,” and debuted at number on the Swedish albums chart. 2011’s Sounds of a Playground Fading was the first release not to include founding guitarist Strömblad, who’d left the band the previous year.

Exploring a more progressive sound, the band returned with their 11th album, Siren Charms, in 2014; it was their first to be released by a major label (Epic). Heading out on an extensive world tour throughout 2014 and 2015 in support of the album, the band also recorded a career-spanning show at Gothenburg’s Scandinavium, which was released as the live set Sounds from the Heart of Gothenburg. At the end of 2015, longtime drummer Daniel Svensson announced his departure from the band to focus on his family life. Without a full-time replacement, the group headed into the studio at the beginning of 2016 with session drummer Joe Rickard (of the American band Red) to start recording their 12th studio album. Perhaps recognizing that some fans had viewed Siren Charms as watered down, they returned to their classic sound, as evinced on the singles “The End” and “The Truth.” The album, entitled Battles, was released in November 2016, once again by Nuclear Blast (and Eleven Seven in the U.S.), and it was announced that Rickard was to join the band as a permanent replacement for Svensson. Down, Wicked & No Good, an EP featuring three covers and a live track, arrived the following year, and in July 2018, the band announced that Rickard would be replaced by new kit man Tanner Wayne, who made his studio debut on the group’s Howard Benson-produced 13th long player, I, The Mask, which arrived in early 2019. 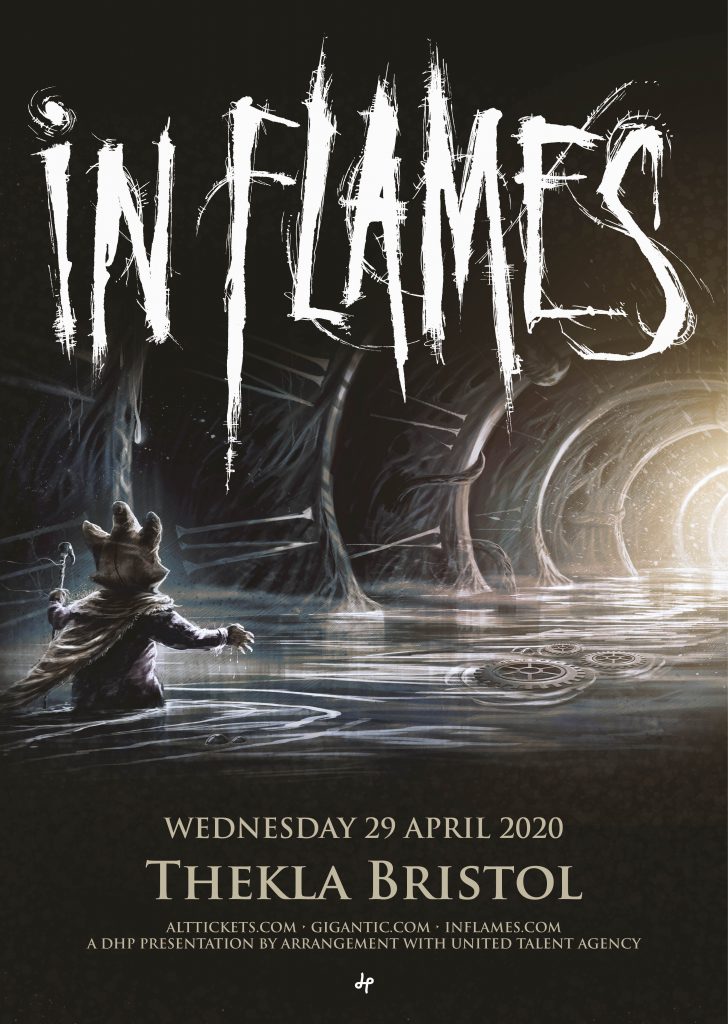 In Flames ON SPOTIFY