From its beginnings in a French commune in 1967, through the Virgin Records years, mismanagement, court cases, break-ups and rejoinings, deaths and rebirths – there has always been a continuous thread of beautiful, dangerous and extraordinary music. The current holders of the flame have come together over the last seven years; sinuous bass player Dave Sturt joined just as the album 2032 was shown to the world; Ian ‘Eastwinds’ East was the next to blow in through the portal; Fabio Golfetti brought his guitars from Brazil (after working with Daevid for many years); Kavus Torabi appeared to Daevid in a vision; Cheb Nettles just sort of turned up. Gong’s musically diverse world includes shades of psychedelia, space rock, jazz, avant-garde, krautrock and surreal soundscapes. Signed-up members of the precariat, Gong have never played it safe. 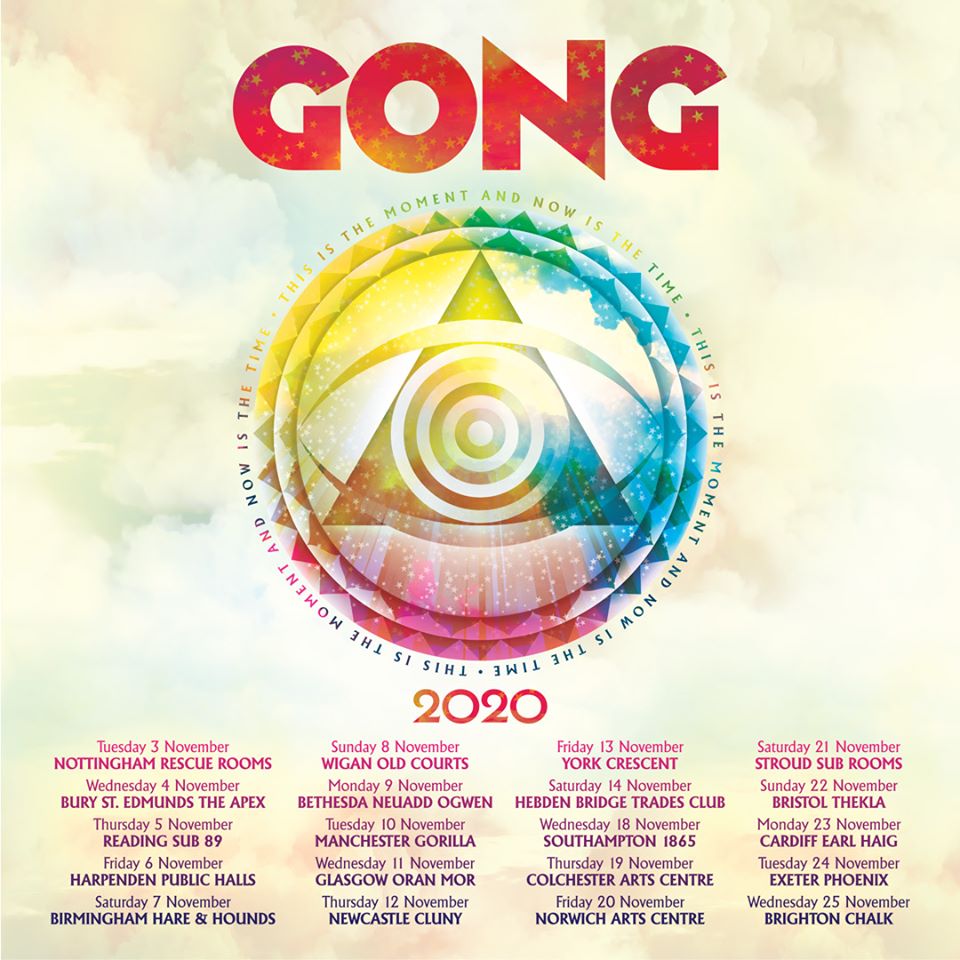