This September, we’re excited to invite Boom Sound Recordings boss man Gardna along with a bunch of his friends from his world of late nights and big bad sounds.

To celebrate the September release of Gardna’s debut album ‘Good Time not a Long Time’ he has invited down a supreme list of special guest and vocalists including:

Harbouring true passion for sound system culture and being blessed as a wordsmith has allowed Gardna to approach the music game from a fresh perspective to truly make an impact on the worldwide underground bass circuit. 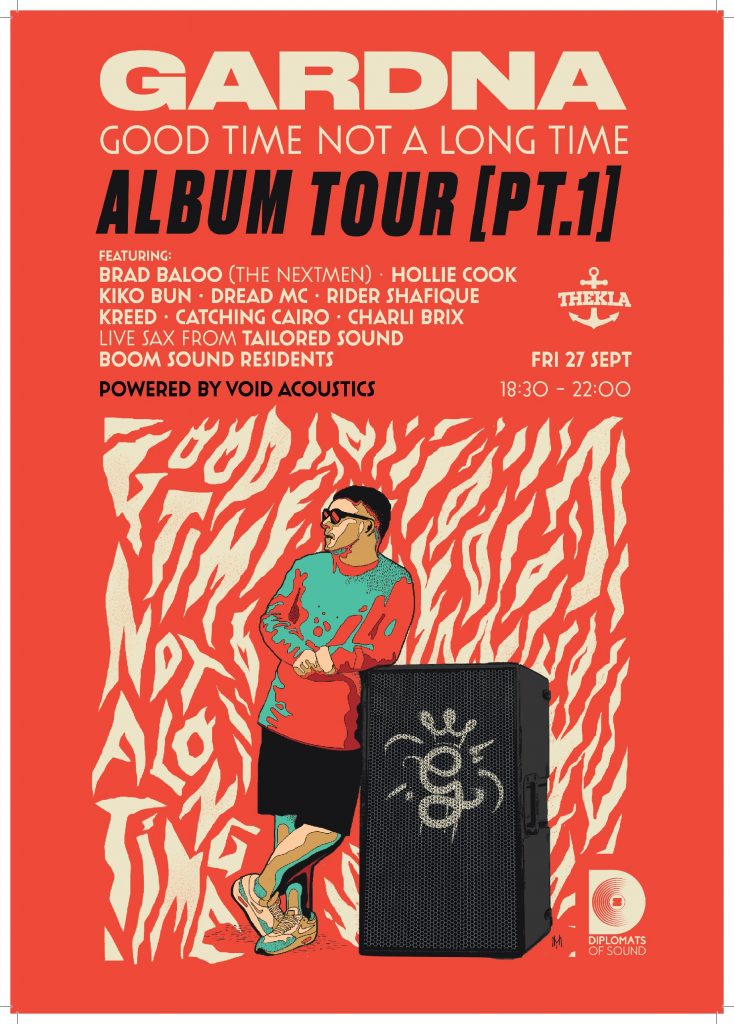