The best records should sound like the greatest night out you’ve ever had. Full of thrills, spills, mind-bending stories, things you’ll never forget and bits you can’t quite remember clearly. That’s exactly what FEET have delivered with their brilliantly titled debut album What’s Inside Is More Than Just Ham. It’s fair to assume that a band that met at university, wreaked havoc in a Portsmouth retirement village and caused chaos in rural Bedfordshire would have plenty of funny stories to tell. Well, FEET certainly do. Over its ten tracks, their debut album lurches and veers about with unbridled joy, full of bizarre tales that the band have personally experienced over the years. Landing in places you sense even the band hadn’t expected, but always unmistakably FEET and always with a dazed grin on its face.

Produced by Cam Blackwood and mixed by Alan Moulder, the album was released by the band’s very own Clapped Records, receiving top support from the likes of Annie Mac, Jack Saunders & Huw Stephens at Radio 1 & 6 Music’s Steve Lamacq.

Hot on the heels of a frenzy inducing, sold-out headline tour across the UK and Ireland, FEET will soon turn their heads to 2020. The band will support Inhaler throughout February before their first foray to the USA for SXSW and more dates soon to be announced. 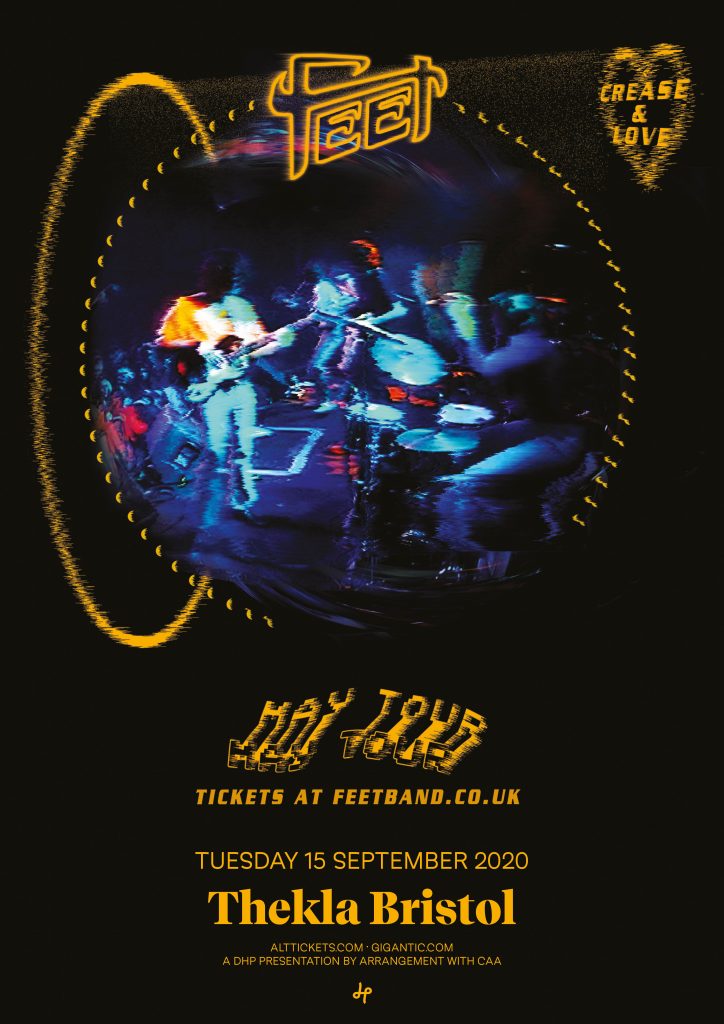