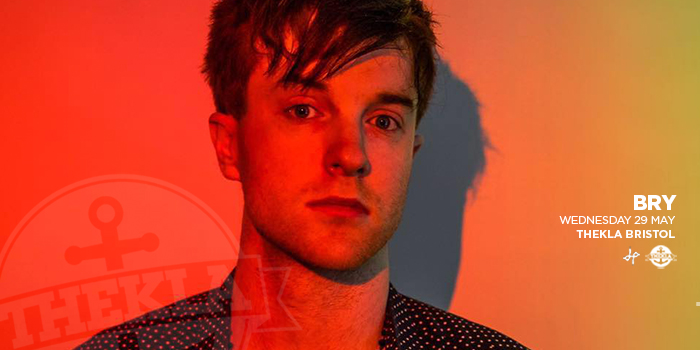 Bry is an Irish singer/songwriter with a unique approach to life. Using social media as his vice, the young Irish man’s life goal is to travel to (and perform in) every single country in the world. Thus far, 66 countries have been ticked off the list in just a few years.

Emboldened by the growth of his followers online, Bry saw the opportunity to take his music out of the online sphere and into the physical world. Operating without a manager, booking agent, or record label for 3 years, he booked trips overseas, tweeting his intention to be in a certain city at a set time, and then waiting with his guitar in tow to see who might show up. This approach drew 80 people to Central Park in New York and 120 more to Tallinn, Estonia, among others  – tangible evidence of a loyal, committed community that was building. This encouraged the singer to book tours of more conventional venues, leading to sell-out tours in Australia, Ireland and the UK in 2013/2014.

In late 2015, a chance meeting with Twenty One Pilots at a Belfast music festival led to Bry being handpicked to support the band on their sold out European arena tour in 2016. This tour coincided with the release of Bry’s self-titled debut album, consisting of the ten best songs he had written since he picked up a guitar. After charming Twenty One Pilots’ fanbase across the continent, Bry returned to Europe in 2017, with two sold out tours, including headlining the main room of the famous Paradiso venue in Amsterdam.

After a year dedicated to writing and working on a new, rawer sound, Bry is now back with his new EP ‘Love Pop Suicide’. The EP features the singles ‘Miserable’, ‘Godsend’, “Burn”,  and “Anything”.