Big up to everyone that’s partied with us for the last 2 years, 12 events and 30+ artists later, we are back showcasing some more of our favourite artists. Come party with us for a very special 2nd birthday shoobs!

Rising star Distinkt has been carving his own unique style and sound in underground dance music. Making a departure from his well known bass music, exploring other genres while keeping his influences close. a no-genre limit style in the likes of ‘Potion’ with his dubstep flic to in-your face ‘Xtrattersital’ 4×4, Distinkt has shown he is a truly diverse artist.

With support from many well know artists, including Diplo, Chris Lorenzo & Rudimental Distinkt is bringing nothing but heat to Thekla!

This London-based artist is one of the great few able to set off tears and gun fingers simultaneously, by simply playing the intro to one of his tracks. Between his Goon Club Allstars EP, the rise of ‘XE2’, his XL Recordings outings, his highly-anticipated mixtapes and his forthcoming EP, he’s a producer and DJ with a cult fan base and the bangers (and Brandy acapellas) to back it up. We’re big fans of Mssingno at ESO and are incredibly excited to bring him to Bristol. Catch you front left, and be sure to bring your singalong A-game with you on the night.

MCR based Dj and Producer, Sumgii, completes the lineup with his dark unique production and varied selection of underground heat. Affiliated with the SWAMP81 label and rap collective 616/Cult Mountain, it is no surprise why we have invited him down to present his skills and set the tone for the evening. 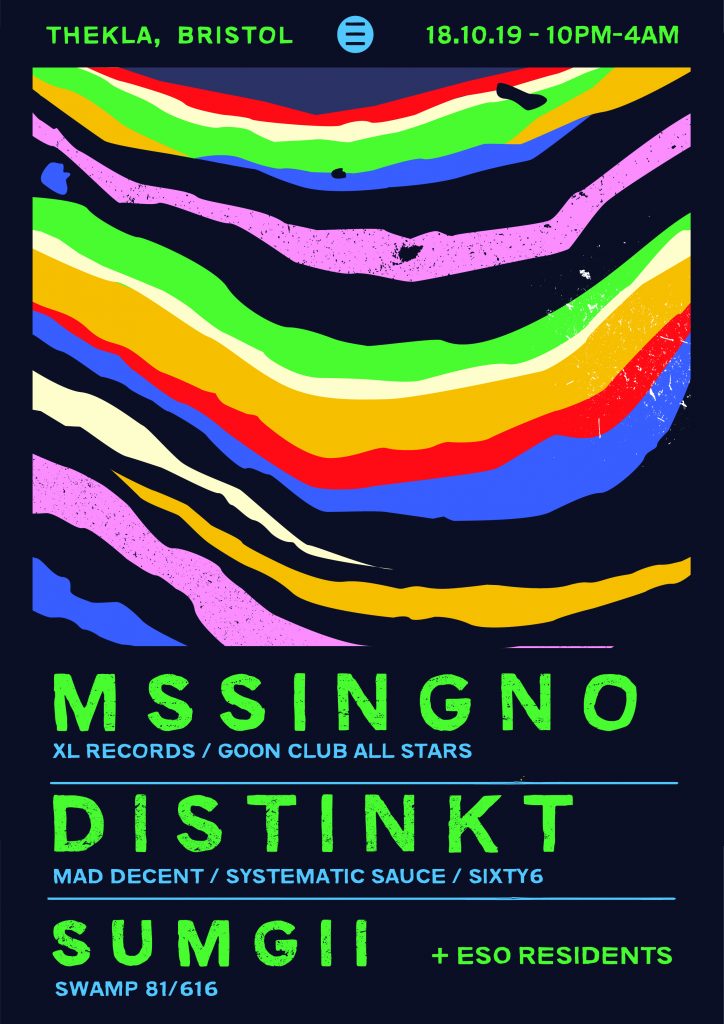