BUY TICKETS FACEBOOK
Memphis May Fire is a sonic confessional, confronting the brokenness so many feel, and challenging that darkness with an aggressive call toward a hard-won victory.

Crossing genre-barriers and standing side-by-side with the elite of the rock world is nothing new for the unapologetically melodic and forcefully heavy band. They have steadily amassed a strong catalog while bringing a high level of audience participation and engagement to festivals, clubs, and theaters all around the globe.

The band’s ambitious sixth record, Broken, is a bold declaration of resilience. It fashions music into a sharp sword, dedicated to cutting free the bonds of self-doubt.

Memphis May Fire anthems like “Miles Away,” “No Ordinary Love,” “Beneath the Skin,” “Vices,” “Stay the Course,” and “Carry On” have amassed close to 100 million views on YouTube and millions of plays across streaming services. It’s a testament to the energized connectivity between band and audience. Unconditional (2014) debuted at Number One on Billboard’s Rock, Independent, and Hard Music charts. This Light I Hold (2016) arrived next, with crossovers into active rock radio.

These guys are family to the million-plus fans who follow Memphis May Fire on social media, who put This Light I Hold and Unconditional high in the Billboard 200, who empty the racks whenever MMF graces a magazine cover. They are revered by the early believers who discovered them with Sleepwalking (2009) and The Hollow (2011); those who made Challenger (2012) the biggest-selling debut in the history of Rise Records at the time; and everyone who discovered their heartfelt music since.

Broken is both a perfect distillation of everything the band has achieved creatively, with the group’s signature passion and diversity, and a bold leap into the future. It’s powered by the confident assurance of four musicians who know exactly who and what they are. Singer Matty Mullins, emboldened by a renewed purpose and the type of humility derived from personal struggles not dissimilar to the stories the band hears from their fans, leads the charge against a backdrop of instantly memorable hooks and bottom-heavy crunch, skillfully performed by guitarist/co-founder Kellen McGregor, longtime bassist Cory Elder, and drummer Jake Garland.

“The Old Me” stares anxiety in the face. “Heavy is the Weight” is an outright refusal to play the cutthroat games of interpersonal competition. “Sell My Soul” is a swinging, adventurous expansion of Memphis May Fire’s sound. “Live Another Day,” which closes the album, is an anthem for those burdened by thoughts of self-harm.

“It was important to be honest in a way that encourages people who are struggling to feel understood and to be known,” says the band’s lead singer. “Most of the album is about saying it’s important to know that it’s ok to feel broken. I’m broken, too.”

Consistently journeying to connect with as many people as possible, Memphis May Fire has toured with a diverse list of important rock and metal acts that includes Killswitch Engage, Sleeping With Sirens, Black Veil Brides, Sevendust, and Atreyu.

Memphis May Fire are veterans of the modern Vans Warped Tour, a staple defining act in the subculture that’s been so meaningful for so many. They’ve headlined the charity-driven Take Action! Tour, following in the footsteps of a diverse group of groundbreaking groups like Jimmy Eat World, The Used, and All Time Low. They’ve co-headlined with platinum-certified screamo/pop-punk merchants Yellowcard. They’ve earned spots at major rock radio festivals like Rock on the Range and heavier leaning international events like Download, Slam Dunk and Heavy Montreal.

The unity of purpose is palpable at a Memphis May Fire show, as both the audience and band share their life experiences, their dreams, and fears, through the power of transcendent music. As important as it is to see the light at the end of the tunnel, there is great strength to be gained from a sobering, stark look at what it feels like in the throes of adversity. Memphis May Fire crafts the sound of hope from struggle, delivered by a dedicated group of men who aspire to something more with their art. 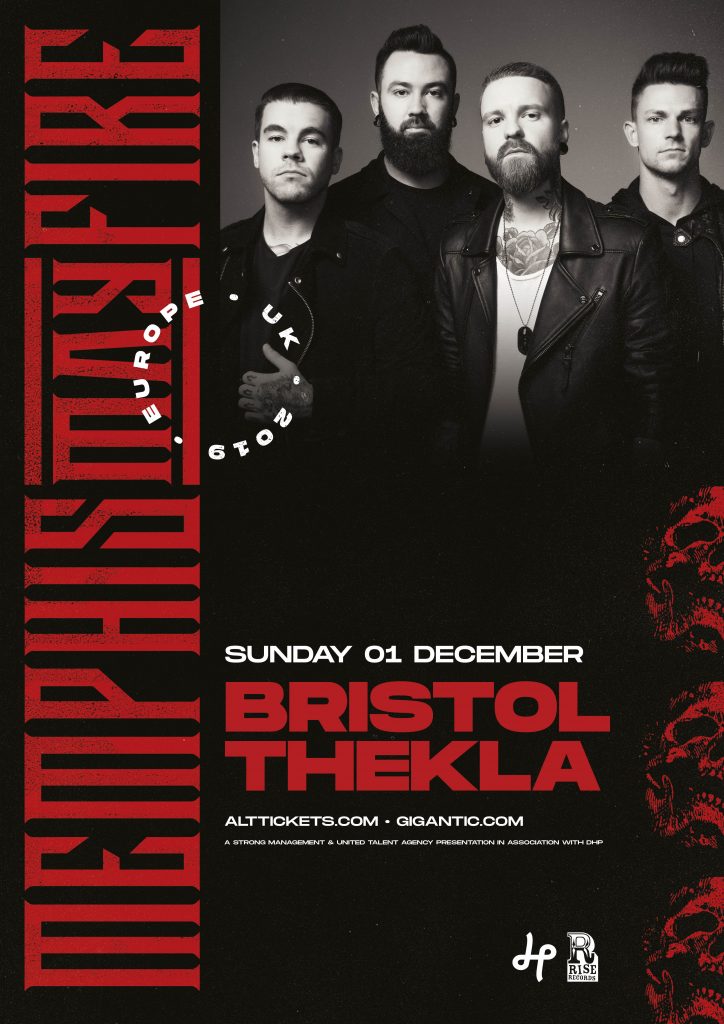 Memphis May Fire ON SPOTIFY