It’s been a swift rise for the singer who only a couple of years ago was kicking around Glasgow with his pals with no intention of making any music. Now, he’s a star in his hometown. “At my mum’s bit where I grew up, I went to get a loaf of bread for my mum, and the guy in the shop asked for a picture,” he exclaims. “That was so weird that I can’t even go for a loaf of bread anymore.”

Joesef is a modern pop artist doing things outside the parameters of traditional music industry boundaries. The three tracks he has released so far, ‘Limbo’ ‘Loverboy’ and ‘Don’t Give In’ highlight a dynamic performer who is making universal pop to connect on an emotional and physical level. Entirely self-produced and made in his bedroom it’s the work of someone unafraid to follow their own convictions and be successful on their own terms.

There are no artistic pretensions to Joesef. No high minded perception of himself as an ‘artist’. Indeed, the fact he is even making music now wasn’t some industry concocted master plan but the product of a typical night out. “I’ve always sung in the house, but I had never really taken it seriously,” he explains of his musical background. “I never really thought I would be a singer and never thought it was a viable career path. I was at an open mic night with my pal, who is now my manager, and I got completely shit faced so I went up and sang a song and he was like, “Oh fuck, you can actually sing!” He just said if you want you can be a singer. He came back to me and said he wanted to start a management company and wanted to be my manager. I was like, ‘Aye, if you want’. He said I should write a couple of songs, so I did, and that ended up with ‘Limbo’. It was all pretty recent. It wasn’t a lifelong thing; it was a pretty recent turnabout.” – Dork Magazine 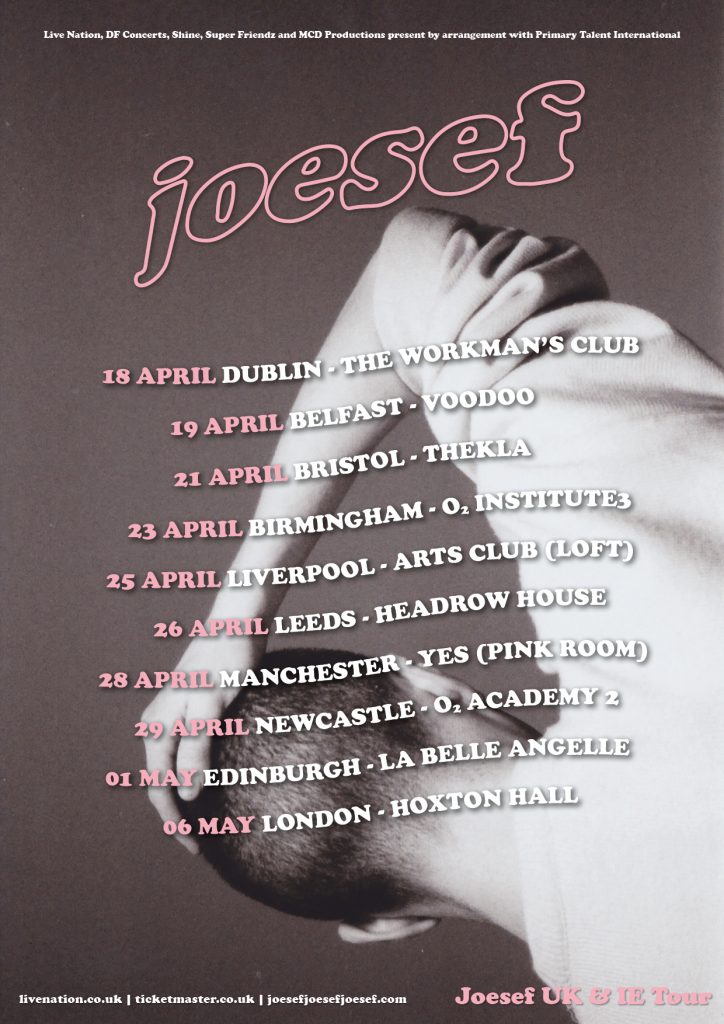